If you’re reading this blog, chances are you’re familiar with the fact that injuries to specific areas of the brain result in specific impairments, such as vision loss or memory problems.

The brain is a complex organ made up of different cells, tissues and structures. Despite this, it can be organized into two main parts: white matter and grey matter. New research suggests that damage to the white matter areas of the brain results in poorer cognitive performance in youth.

White matter consists of bundles of nerve cells that are sheathed by a white fatty substance called myelin, which helps conduct electrical signals between brain cells. On the other hand, grey matter is made of different kinds of nerve cells that do not contain the myelin coating. Grey matter is involved with a range of processes, from muscle control to sensory perception to cognition or thinking.

Traumatic brain injury (TBI) can result in damage to both white and grey matter. However, brain trauma affects white and grey matter differently. In a recently published study in the Journal of Neuroscience, the impact of moderate-to-severe TBI on white matter and cognitive functioning in 32 youth (one to five months post-injury) was examined.

In the study, the authors investigated the effects of moderate-to-severe TBI on the corpus callosum, a white matter brain structure that connects the right and left hemispheres – or halves – of the brain. The corpus callosum is known to be very vulnerable to damage after brain trauma. It is a structure vital for relaying information from one half of the brain to the other, and when it is damaged it can impair cognitive abilities.

In the study, the authors used a technique called electroencephalography (which measures electrical activity or brain signals) to measure the amount of time required for information to be communicated from one hemisphere of the brain to the other via the corpus callosum. They also used a neuroimaging technique called diffusion-weighted imaging (DWI) to test the structural integrity – or the health of – the corpus callosum. Finally, the authors used a series of common standardized tests to assess the cognitive performance of study participants.

Compared to a group of healthy youth, signals took longer to transmit across the corpus callosum in half the youth with moderate-to-severe TBI. This indicated that in these youth, the corpus callosum was damaged and weakened by brain trauma. This finding was reinforced by DWI results, which showed that this sub-group of injured youth had noticeable structural damage to the corpus callosum.

Furthermore, cognitive performance was also lower in this group of injured youth. In sum, this study showed that in half the youth with moderate-to-severe TBI, it took longer for signals to be relayed from one half of the brain to the other, and this was statistically related to white matter damage and poorer cognitive performance.

Promisingly, this study has identified that improving the health of the corpus callosum through therapy or medicine may be able to improve cognitive performance in youth with moderate-to-severe TBI. 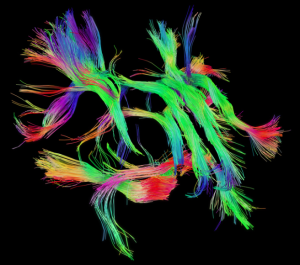 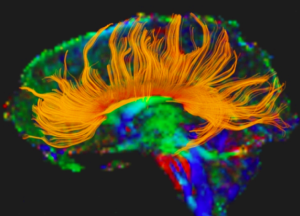 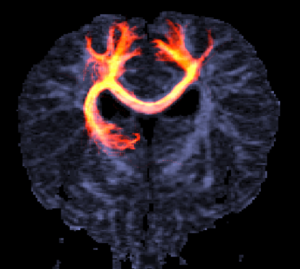