That being said, damages to certain parts of the brain will impact specific brain functions.

You’ve likely heard of ‘left’ brain or ‘right’ brain thinking – referring to the two hemispheres of the brain. Those hemispheres are connected by a thick network of nerve fibres via the corpus callosum. When learning about the different lobes of the brain – remember they cover both hemispheres, and are responsible for specific functions depending on their location.

Many of those functions hold the keys to who you are as a person.

What is a brain injury?

An acquired brain injury (ABI) is an injury, which occurs after you are born. It is not a cognitive condition (such as Alzheimer’s) or a genetic condition, (such as Tay-Sachs disease). A stroke, a brain tumour or an infection can cause an ABI. It can also result from external factors, such as a near drowning, substance abuse or a poisoning.

A traumatic brain injury (TBI) can be caused by events such as a car accident, a fall, a gunshot wound or a sports injury. They can be classified as mild, moderate or severe. Some TBI symptoms may get better over time, and others may not. Some survivors who’ve had ‘mild’ TBIs experience very severe, life-altering symptoms. 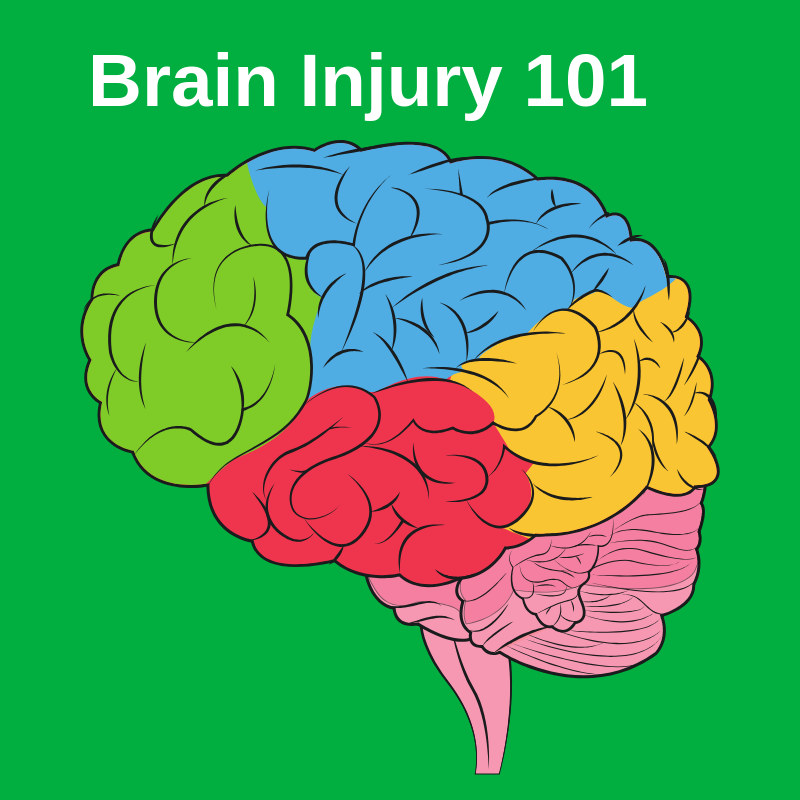 Your personality, the thing that makes you who you are, “sits” in the frontal lobes. So does your awareness. A person whose frontal lobe is damaged may have a hard time answering the question, ‘How are you today?’ because they don’t know the answer.

Many survivors develop a new personality after an injury to their frontal lobe, the person before the brain injury is ‘lost’ and a new person, the ABI survivor, emerges.

It may be impossible for a survivor to start a task, such as brushing their teeth or picking up a spoon, without the appropriate cues following an injury to the frontal lobe.

Emotions, planning and judgment can all be impaired. Survivors may lose the ability to control impulses, such as spending or sexual desires. Reasoning may be severely impaired and emotional responses – in particular frustration and anger – can be hard to control.

When the left frontal lobe is damaged, language and positive emotions can be affected. Damage to the right frontal lobe may affect non-verbal communication and negative emotions. A person may not be able to control simple movements of different parts of the body.

These are all things many ABI survivors and their loved ones need to learn how to cope with and manage.

Frontal lobe injuries are the most common types of acquired brain injuries.

The occipital lobes detect, identify and interpret your visual environment. In a nutshell, they process the information of what you see.

When the occipital lobes are damaged, a survivor may not be able to identify colours, may experience hallucinations, or varying degrees of vision loss.

The parietal lobes are responsible for the sense of touch and a person’s awareness of their body. As our five senses pick up information such as smell or taste, the parietal lobes process it.

The parietal lobes are located in the middle section of the brain. They are responsible for telling us which way is up, and keep us from bumping into things.

Within the parietal lobes, the sensory cortex controls sensations such as recognizing hot or cold.

The temporal lobe is located at the bottom of the brain, and processes the information we hear through the primary auditory cortex.

Injury to the temporal lobe can impact a survivor’s ability to understand language, or pay attention to the sounds of what’s going on around them. Certain aspects of a survivor’s behaviour may change, including their sexual habits, emotional responses to certain situations, and even their sense of humour. Seizures can also be a symptom of temporal lobe injuries.

The hippocampus – the location of the brain which forms memories – is also in the temporal lobe, which can lead to long term memory loss.

Located at the base of the brain, cerebellum means “little brain” in Latin. It is responsible for coordinating voluntary movement, balance and equilibrium.

An injury to the cerebellum can have dire physical consequences. Survivors may lose their ability to walk, coordinate fine motor skills, and hand-to-eye coordination. The ability to reach out and grab an object may be impossible.